One afternoon in the mid 1970s my mother waltzed into our house the proud bearer of a snazzy new kitchen appliance: the Crockpot!

It was orange, so it matched well with the vinyl on our modern dining room chairs.

Apparently it promised all kinds of miraculous meal solutions with cheap cuts of meat during a global recession, and bubbled away merrily while the modern 70s woman was out of the kitchen, and sometimes even out of the house…working!

At one stage this mighty appliance was so popular it briefly rivalled the toaster as the most duplicated wedding gift.

The thing is, although its arrival was quite an event (well, we didn’t actually buy many things in those days) our family Crockpot wore out its welcome fairly quickly. Not even the cutting edge casserole recipes of Margaret Fulton could keep that thing bubbling in our kitchen. 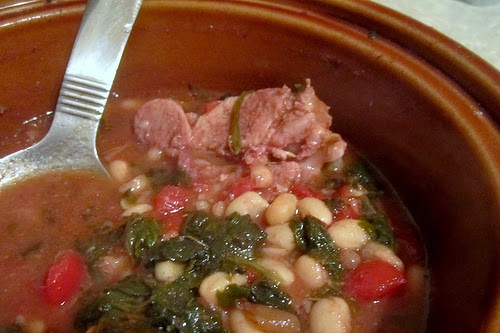 After a few years of dazzling sales the Crockpot’s popularity soon ebbed. But not forever. It re-emerged with a mighty marketing bang to help us fight another global recession 30-odd years later.

My husband and I bought a slow cooker during this second wave of popularity a few years back. Of course I had to weather a few lame jokes about the fact that we already had a slow cooker – me. Ha Ha. Not funny, but unfortunately very true. My dinner prep is often excruciatingly slow. It’s mainly a side-tracking issue: laundry, trips to the clothesline, homework, Facebook, that kind of thing…sorry, where was I?

I loved the idea of having dinner ready without doing prep before dinner time. I wasn’t pleased to discover I actually had a mountain of prep to do in the morning instead. Naively, I thought I would just be throwing everything in. Nope. Things had to be washed, chopped, browned, sautéd, etc, prior to throwing them in the slow cooker.

Hang on a minute there…let me get this straight – I have to do the same amount of prep, the slow cooker will take all day to do its thing, and I end up with something that tastes like it’s been sitting in a bain marie for 3 days? 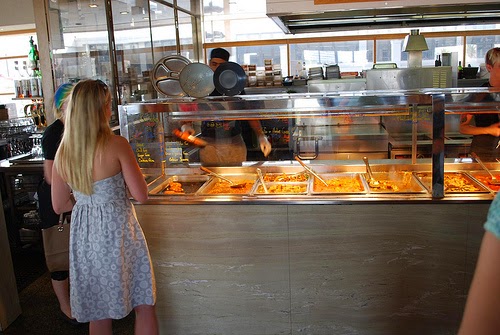 In my quest to find slow cooker meals with actual flavour I joined recipe groups on Facebook, I Googled my fingers off, I asked friends if they had any tried and true recipes. No luck.

I’ll tell you what I did find, though – an entire online industry, devoted to making a buck out of the second-coming of the slow cooker, along with thousands of armchair internet cooks happy to photograph and share every freaking morsel they slapped on the dinner table. 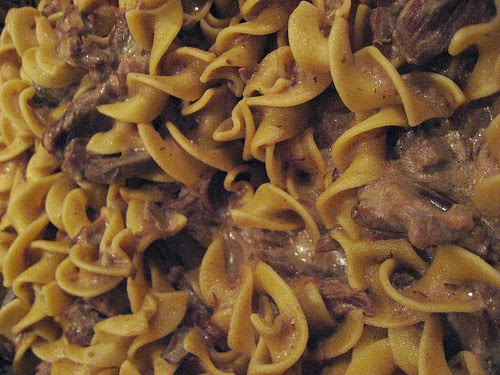 Here are just a few of the slow-cooking gems I found:

300 versions of corned silverside. Every man and his dog, it would seem, has their own secret weapon for cooking this dish, including several varieties of soft drink and 17 varieties of vinegar . And was I the only one to notice that the price of this once dirt-cheap meat seemed to increase by at least 50% when the general public started dousing it in ginger ale in their slow cookers?

Hundreds of dishes boasting a can of cream-of-anything soup as the key ingredient.  Just NO. I made that mistake once and will never go there again. Ever.

Spaghetti Bolognese. Even I, with my chronic prep slowness, can cook a bolognese mixture in the time it takes to cook the pasta in another pot. Do not tell me that my family will be better served if I add a good 6 hours to one of the quickest meals in the world.

Omelette. This ‘Speedy Gonzalez’ of the slow cooker world only takes an hour and a half in the slow cooker. The recipe was presented as a ‘rise at dawn to have it ready for breakfast’ kind of meal. Just like people did before electricity was discovered, I imagine.

Scones.  The same amount of prep before cooking, an hour in the slow cooker instead of 8 minutes in the oven. Why? I actually swore out loud when I saw this one.

To be honest, though, what really seals the deal for me is that bastard is so hard to clean. I think I have the largest size – that oval ceramic insert is big, heavy, slippery, always has something stuck to it that I can’t get off without soaking or scratching, and it doesn’t fit in my kitchen sink. I sometimes hide it in the laundry for a day or so. Right next to the George Freaking Foreman Grill from dinner two nights ago.

When I’ve finally cleaned it, it is squeezed into the bottom of a cupboard - after an exhausting game of appliance Tetris - with its equally cumbersome mates: the popcorn maker, the ice cream maker, the bread maker, and the afore-mentioned GFF Grill.

And that is why I will not be dragging it out next time I feel like whipping up an omelette, a batch of scones, a serving of French toast, or anything else for that matter, in the foreseeable future.

Unless I’m taking a photo for ebay.