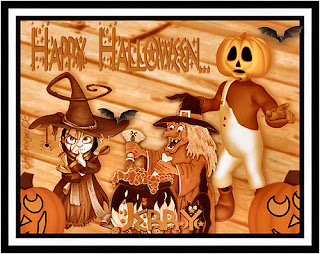 I’m honestly not one to decry anything just because ‘we didn’t do that when I was a girl’. After all, that would rule out a lot of great new things. But I have to admit I struggle with Halloween in Australia.

I really can’t tell you when Australian children started celebrating Halloween, because I wasn’t paying attention at the time. Somewhere between me, as a child, knowing nothing about Halloween except what I saw on American TV shows, and me having my own children, Australia became a half–arsed Halloween celebrating nation.

Unlike many other regions of the Western world, Halloween did not come to Australia as a Celtic tradition. Its flimsy roots here are transparently founded in fairly recent corporate retail opportunism. Some people in suits sat around one day in a meeting and thought “Hey, if we fill our shops with cheap plastic Halloween crap, and tell the kids there’s candy involved, we can make a shitload of money”. Pretty much like the beer-brewing giants and hoteliers did with St Patrick’s Day around the same time.

I think that’s my problem with the whole Halloween thing. It’s not a deeply rooted tradition here, there is still a substantial amount of scepticism about it, so it’s still largely half-baked. Trick or treating (unless you live in a cosy street with friendly, Halloween-embracing neighbours) is a chore. In our neighbourhood, you could troll around wearing ridiculously over priced synthetic costumes in blistering heat for hours and only encounter a handful of houses bearing candy - and even then, you wouldn't know if it was safe to eat.

As far as other celebrations go, I’m fairly enthusiastic. I’ll stay up late master-minding an elaborate Easter egg hunt, or modelling amateurish fondant icing figurines for birthday cakes. I love Christmas crafts and baking, and I enjoy December being one long Christmas celebration.

But when it comes to Halloween, I tend to look for the easy way out. This year I took my casually dressed zombies to our local home improvement retail store for a Halloween celebration. For the cost of $4 (which was donated to charity) we spent 2 hours doing Halloween craft activities and a fantastic trick or treat treasure hunt.

The kids were happy. I was happy.

And I guess half-arsed Halloween Down Under is here to stay.

photo credit: Happy Halloween....hehehe via photopin (license)
Posted by The Vinyl Edition at 15:53