Maria Sharapova and Serena Williams faced off in the women’s final of the Australian Open last night.  Statistically a dream match-up for a final.

It probably sounds odd but these two magnificent players have partly contributed to my lack of enthusiasm for watching tennis in the past 10 years or so.

Every fibre of my being wanted to watch this match.

Whatever you want to call it.  It is really hard to ignore.

You may as well sit me down on the couch and surround me with coffee slurpers, cracker crunchers, and gum chewers while I watch the match.

I was a good match, though. Serena had her grunting switched off for the evening so it was only Maria’s shrill screams I had to contend with.

It’s important to understand here, that I’m not just some fickle fan jumping off the tennis bandwagon. I haven’t even jumped off. I’ve just been dangling my feet over the edge for about 10 years, waiting for someone or something to keep me interested.

When I was a teenager, I was passionate about tennis. Actually we didn’t use labels like passionate in those days, so let’s say I was a very keen player and spectator.

Back in the day, I would set my alarm to wake up around midnight to watch my idols, Bjorn Borg and Martina Navratilova, battle their way to multiple Wimbledon titles. I loved it.

And during the long hot summer I watched match after match of Australians and the few international players willing to make the journey to play in what was then a struggling Australian Open. See, I’m really not a fickle fan – I was loyal back in the bad old days!

Somewhere along the line, things got interesting at the Australian Open. Martina and Chrissie started turning up in the early 80s. A few years later some of the top men started showing up.

Then the tournament moved to its fabulous current venue, and all of a sudden, we had us a bona fide Grand Slam event.

I moved to Melbourne in the early 90s, and my relationship with the Australian Open moved to a whole new level.

I didn’t cotton on to it straight away, but in those days you could buy a ground pass for around $15, and watch any match except centre court. It took me a couple of years to get the right system going.

So, what I used to do, being the geek that I am, was get up early and buy the newspaper (no internet, remember?) and plan my attack for the day. During the first week of the tournament you could always catch players like Steffi Graf or Monica Seles (yes, I know, the one I should be blaming for all of the grunting) playing on outside courts. All I had to do was get there as soon as the gates opened, to plant myself on a good seat on the right court. Then I’d move to another court say half an hour or so before another good match was due to start.

I watched so many great players at close range. Serious bliss for the tennis fan. These were the good old days indeed. Who could forget this guy, who turned up at every one of Mary Pierce’s games? 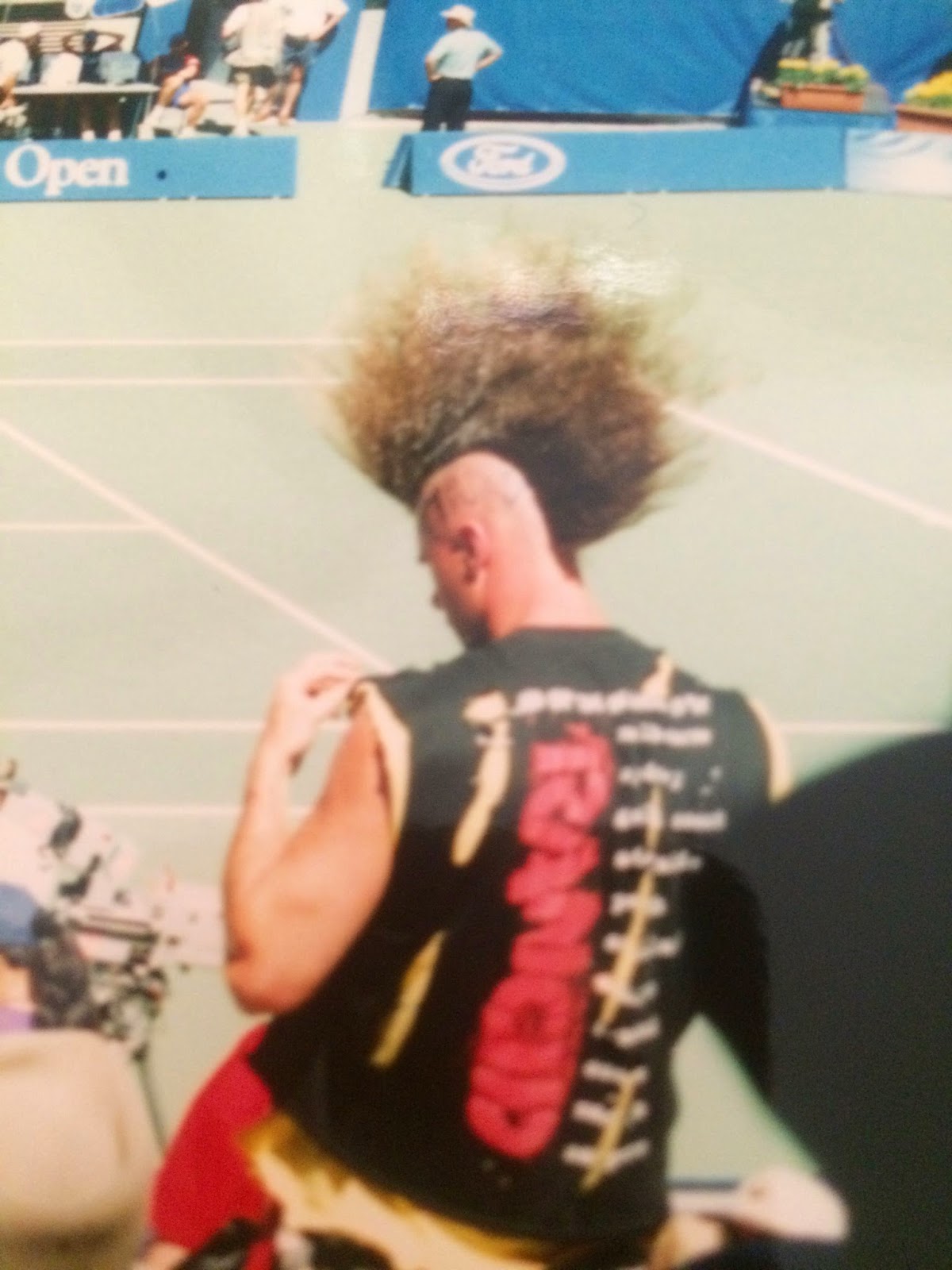 That's my own photo, by the way. You can kinda tell, can't you?

Anyway, so, January-wise, everything was fabulous for a few years, until one year when every wonderful tennis-y thing about January came crashing down around me.

This chick arrived in town... 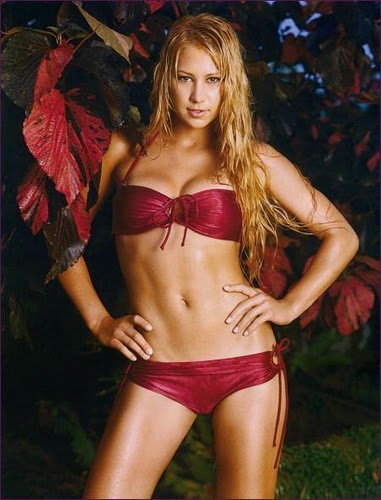 As soon as she arrived, so too did the hordes of young male groupies. Thousands of them. Everywhere. And all of a sudden, the tennis was not just about tennis anymore.

Around the same time, the Australian Open really stepped up to the plate as an international event. It became like a lot of other great events, where the best tickets seem to find their way into the hands of those who are more interested in sipping wine and instagramming their drink than watching the real action.

I guess you could say the Australian Open and I have gradually gone our separate ways over the past 10 years. Every January I have a little peek at a few games on TV.  Human glow sticks with names I sometimes don’t even recognise, slugging it out in front of capacity crowds.

The Australian Open seems to be doing OK for itself since we parted.

Last night, watching Serena and Maria playing a really first class match, I spent a lot of time trying to figure out who Maria Sharapova reminds me of. Towards the end it finally hit me – Brooke Logan, from The Bold and the Beautiful. That’s who she reminds me of.

I have the concentration span of an insect.

photo credit: Kalumba2009 via photopin cc
Posted by The Vinyl Edition at 17:32