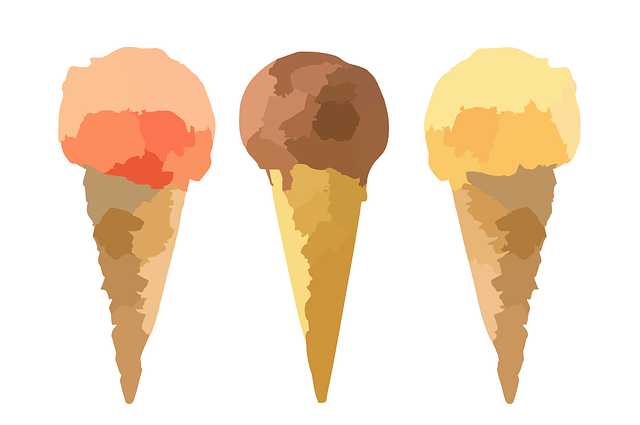 The older woman looked up sternly as the young girl and boy approached the counter of her general store. Filled with the importance of their task they were slightly daunted by her brusque demeanour, but went about their business bravely.

A copy of the local newspaper had been put aside for their family, so they politely requested it. “And…”

The woman bristled behind her glass countertop. The ‘and’ was sure to involve dropping to her haunches to fill a small paper bag with lollies chosen excruciatingly slowly one at a time, if not standing with an ice cream scoop poised mid-air while they decided which flavour they would like in their cone.

With business transacted a lot more swiftly than the woman had anticipated (apart from the apparent tedium of filling two cones with ice cream) the children stepped back out into the late afternoon sun, clutching their purchases.

Gingerly they picked their way along Main Street, past the familiar beach cottages and the tiny school. Past the caravan park – filled to the brim with school holiday tenants. Past the black telephone with its bewildering A and B buttons.

To the girl and boy the journey home from the little general store always seemed longer. The landmark water tower near their beach house never seemed to get much closer until they were almost home.

When the yawning, rickety entrance finally welcomed them they were ushered through a dark canopy of trees leading to the back of the long beach cottage.

Squashed frangipani blossoms squelched under their feet near an old wooden out-house. The shower room and laundry were down the back too. Even in daylight that huge laundry - with its old washing copper and so many dark, damp nooks and crannies - was not a place they chose to linger, so the girl and boy gathered speed on the sloping, sandy path.

Soon Mum would start cooking fish and chips. Fresh fish they had caught in the river or off the rocky wall that afternoon. Bream, whiting, flathead. Or maybe some snapper their father had caught at sea that morning. There would never be any fish and chips as good as those.

There would undoubtedly be better ice creams, though. In other places. Much better.

But only the general store tutti-frutti cones would hold the memories of those January days.