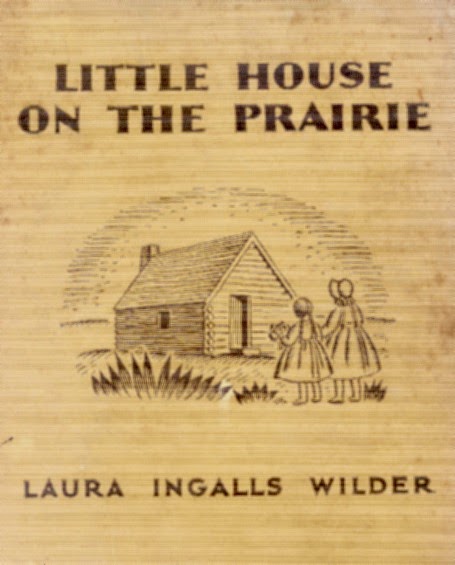 One day when Pa Ingalls was working his perfect-dad bum off in the blazing sun of the prairie, Laura took him a jug of ice-cold water, with a little surprise in it. Ginger. That’s right. Ma Ingalls had flavoured that water with a little scrap of ginger so Pa could slake his thirst with an edgy little treat.

I know what would happen if one of my kids took that ginger water out to their dad on a hot day, and it might begin with WTF! But Pa Ingalls was tickled pink with his ginger water treat, and his eyes were twinkling as he pressed on with the ploughing or stacking hay or whatever he was doing on that hot day on the prairie. I think about that every time I’m grating ginger. Weird, I know.

Food features prominently in all of Laura Ingalls Wilder’s work. The ‘Little House’ series was based on the lives of Laura Ingalls’ family in the late nineteenth century. Farmers in the American mid-West pioneer country, their relationship with Mother Nature was frequently at odds.

Although they were often hungry, Laura’s focus was rarely on the shortage of food. Rather, she celebrated the food they had. Laura made a couple of boiled potatoes sound like an absolute feast. And when a rare treat found its way into the house the whole family practically exploded with excitement.

Unlike the hale and hearty characters on the ‘Little House on the Prairie’ TV show, the real-life Ingalls family would have had good reason to doubt the wisdom of Pa’s ‘Go West, young man’ pioneer dream. ‘The Long Winter’ (the fifth book in the series) describes how close the family (and the whole town) came to complete starvation when eight months of relentless blizzards cut off all food sources except a dwindling supply of seed wheat. This is the only book in the series where the focus shifts to their lack of food, rather than celebrating what they had.

Prior to their Westward-ho adventures (and misadventures) the Ingalls family were quite cosily ensconced in the ‘big woods’ of Wisconsin. ‘Little House in the Big Woods’ has a completely different feel to the rest of the series. They weren’t rich, but they were secure. And they were surrounded by nearby family.

I was about seven or eight years old when I read ‘Little House in the Big Woods’, and I was sufficiently inspired by an event in the book to fix myself a bit of an Ingalls family sweet treat. In the book, the extended Ingalls clan had gathered together to tap Maple sap from their maple trees, and then process the sap to make maple sugar, syrup and a bit of candy. The womenfolk were busy boiling their maple syrup, while each child fetched a dish of clean snow from outside. The boiling syrup was trickled onto the snow to harden into candy.

This seemed like a pretty good idea to me. We didn’t have any maple trees, or any maple products, or any snow for that matter, but I figured I could freeze some honey to achieve the same result.

The scientific flaws in my plan did not escape my mother, and she put the brakes on the whole project before it even began.

Or so she thought.

I wasn’t really a sneaky child, but in this instance I was hell-bent on making that snow-candy. Since the honey experiment was off the table, I mixed up a thick paste of Milo and water at my earliest opportunity, blobbed it onto a Tupperware lid, and put it in the freezer.

Don’t bother trying this at home – it doesn’t work.