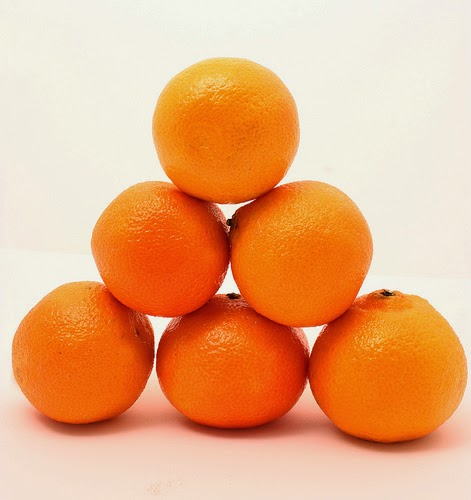 As long as I can remember, my Nanna had an orange at breakfast.

I still cut my oranges the way Nanna did: she would cut both ends off with a serrated knife, then cut the orange into 8 crescents, and the crescents didn’t have annoying pointy ends.

It’s not really about the orange.

I remember sitting in Nanna’s kitchen after staying the night at her house, any number of times.

I can see her sitting opposite me in that kitchen, daintily eating her breakfast. An orange, a slice of toast with Anchovette paste, and a little pot of tea.

And I remember her voice. It’s been 25 years since I saw her, but I can still hear her voice.

After breakfast she would probably say “Ah, that was just nice”, or she would say “That’ll keep the wolves away”.


There are lots more snippets from that house that I can see and hear in my mind. It doesn’t sound significant, I know, but I’m so glad I still have that.


photo credit: orange pyramid via photopin (license)
Posted by The Vinyl Edition at 23:32