Quenching Our Thirst From the Garden Hose 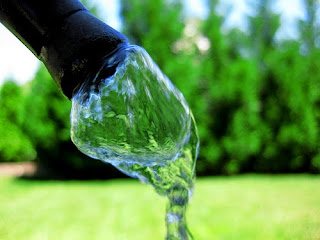 A popular meme circulates on social media every so often, listing all of the things we ‘survived’ doing as kids in the olden days, because we were allegedly strong and resilient and the world was less litigious. There are different versions around, and sometimes different decades mentioned, depending where it is posted.

Generally, the meme goes along these lines … we rode bikes without helmets, stayed out until the street lights came on, our mothers consumed all of the things that are now frowned upon during pregnancy, we rode in cars without seat belts, etc. The list is way too long to quote here. The implication is that modern day kids (the alleged bubble-wrapped Generation Z) are too soft to do these kinds of things.

One of the items on this list of things we did in the good ole days is ‘we drank water from the garden hose’. Well, yes we did, but it’s not really something to hang your hat on, is it?

I’ll tell you something, unknown writer of that meme (since it’s such a big deal to you) my children have been known to drink out of the garden hose. Only the back yard though. See, the front yard tap fitting is in our kitchen drawer.

What? Well, just before we moved in here a few years ago there was a strange spate of tap-fitting burglaries in the area. They must be made from some kind of metal that can be sold on the black market or something. Everyone’s taps were stolen, and when they replaced them they were stolen again. I heard the total number of taps stolen was around 20,000. I’m not kidding. So our front yard tap fitting was in the kitchen drawer when we moved in. And it still is.

Anyway, I thought I’d just point that out, because the poor old ‘bubble-wrapped’ Gen Z gets a bit of a shellacking in the media for not climbing trees, skinning knees, or drinking out of garden hoses, when there’s a actually a big thieving bunch of Gen Y and Gen Xers stealing their bloody tap fittings!

And while we are on the subject of drinking out of garden hoses, I need to tell you something else. It is, in fact, fraught with peril.

I was once a garden hose drinker, but my hose-drinking journey was cut short as a child.


One thirsty summer day I turned on the hose and a stupid brown toad came gushing out! Luckily I hadn’t put the hose to my mouth yet, but yeah … making the trip inside the house to the kitchen didn’t seem like such a bad idea at all after that.

photo credit: Garden Hose via photopin (license)
Posted by The Vinyl Edition at 17:22